Andres (Andy) Morelli practices in the areas of medical malpractice and personal injury cases. He works with Younker Hyde Macfarlane's team to represent injured patients at pre-litigation hearings as well as through all stages of the litigation process starting with the commencement of a legal action, to fact discovery, depositions, motions practice, and through trial.

Andy earned his Juris Doctor degree at the S.J. Quinney College of Law at the University of Utah. Before that, he earned his bachelor’s degree from Weber State University in Law and Justice with a minor in Legal Studies. At the College of Law, Andy served as President for the Minority Law Caucus, as Fellow for the Pro Bono Initiative, and participated in several other student organizations such as the Student Litigation Society and the Public Interest Law Group. Andy graduated from the College of Law with honors, earned Certificates of Specialized Study in Litigation and Dispute Resolution and Criminal Law, and won academic awards, including the CALI award for Immigration Law.

Prior to joining the firm, Andy worked with two prominent midsize and national insurance defense firms. Andy’s strong sense of justice and desire to represent those that have been wronged led him to join the firm to use his experience and legal acumen to fight for those that have been damaged by the negligence and wrongdoing of others. Andy is fluent in Spanish and is licensed to practice in Utah’s state and federal courts. 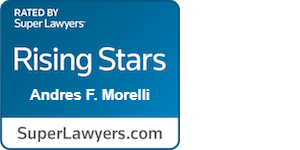