Hospital Error Statistics for the State of Utah By Younker Hyde Macfarlane on February 13, 2014 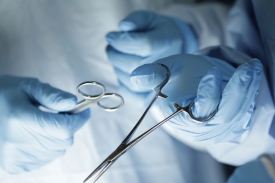 The numbers with regard to nationwide medical errors are distressing to say the least. Utah numbers have been ticking upward over the years as well. It's important that negligent medical professionals are held accountable following any kind of medical mistake.

Our medical malpractice attorneys would like to take this opportunity to consider the numbers regarding hospital errors, starting with national statistics and then focusing on Utah numbers. This should give you some idea of why we take all instances of medical negligence so seriously.

The Nationwide Numbers Are Alarming

In a September 2013 story published on NPR's website in partnership with ProPublica, journalist Marshall Allen noted a rise in numbers over the years.

In 1999, the Institute of Medicine issued a report that estimated that 98,000 people die each year from hospital mistakes. New numbers arrived in 2010 when the Office of Inspector General for the Department of Health and Human Services said that hospital errors accounted for 180,000 Medicare patients alone each year.

The most recent study published last year by the Journal of Patient Safety places the number even higher, estimating that hospital errors account for 210,000 to 440,000 deaths each year. As Allen noted in his piece, "That would make medical errors the third-leading cause of death in America, behind heart disease, which is the first, and cancer, which is second."

The Numbers in Utah

Utah medical error numbers seem to follow an increasing trend in medical mistakes and errors. In a March 2010 piece for Deseret News, Carrie A. Moore reported on the rise of "sentinel events" (i.e., medical errors that result in death, physical injury, or psychological injury) in Utah hospitals. There were 80 reported errors in 2008, rising to 101 in 2009, with many of these errors involving surgical mistakes.

This number, as noted in the Deseret News piece, means that these kinds of hospital errors are the equivalent of the state of Minnesota's in terms of population density.

Keep in mind that these statewide numbers do not account for other kinds of medical mistakes, such as misdiagnosis, delayed diagnosis, or prescription errors.

Processing These Numbers and What They Mean

Strides continue to be made by the state to prevent major hospital errors and patient injuries. As more people undergo surgery or major medical care, however, the number of errors will likely increase. This is why it's so important to have skilled litigators on your side in the case of a major medical issue that is the result of doctor negligence.

How Our Medical Malpractice Attorneys Can Help You

If you or a loved one has experienced some form of harm or injury as a result of a negligent medical professional, we will be sure to fight diligently for you and your legal rights. Our goal is to ensure that you receive just compensation for any harm that you have endured so that you can move forward in life. If you have lost a loved one, we will fight to ensure that you receive compensation to cover funerary costs and assist with the mourning, grieving, and coping process.

For more information about medical malpractice lawsuits and your legal rights, be sure to contact our Salt Lake City medical malpractice attorneys today. Our entire team looks forward to meeting you in person and helping you receive just compensation for any hardships and injuries sustained as a result of a medical professional's negligence.