What Is “Comparative Negligence?” By Younker Hyde Macfarlane on February 21, 2014 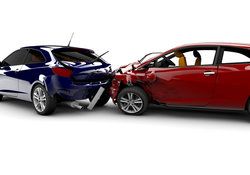 The principle of comparative negligence can have an enormous impact on the outcome of your personal injury claim. In many injury lawsuits, especially in car accident cases, both parties share some of the blame for an accident. However, if you are partially at fault for an incident, this does not necessarily mean that you are ineligible to collect damages. Comparative negligence allows courts to distribute blame between you and the other party, assigning a percentage of blame both to you and to the defendant. The Salt Lake City personal injury attorneys of Younker Hyde Macfarlane, PLLC, explain how comparative negligence is determined.

Establishing comparative negligence can be a tricky business; it is often difficult to know exactly what happened in an accident, and trying to assign a percentage of blame to each involved party makes the process even more complex. Typically, however, the behavior of one party is found to be particularly reckless or illegal. This person will then be assigned a higher percentage of liability for the accident.

Take this example: Bill makes a quick lane change without using his turn signal. He does not see Jane come up behind him because she is speeding. In this case, Jane might be found 50 percent responsible for the accident because she was driving too fast to react to Bill’s lane change. However, Bill might be found 50 percent responsible because he changed lanes recklessly.

The principle of modified comparative fault is the most widely implemented negligence policy; Utah is a modified comparative fault state. In the state of Utah, you can recover damages if you were less than 50 percent responsible for an accident. (The percentage varies in different states.) For instance, if the imaginary case mentioned above occurred in Utah, neither Jane nor Bill would not be able to collect any money.

Under the rules of pure comparative negligence (followed in 12 states), you will be eligible to collect damages no matter how small or great your responsibility for an accident. Even if you were 99 percent responsible for the incident, you would still be able to collect 1 percent of the damages. In our example accident, both Bill and Jane could collect money under the principle of pure comparative negligence.

The principle of contributory negligence dictates that you cannot collect any damages for an accident if you were partially to blame. Even if accident investigators found that you were just 5 percent responsible for an accident, you would still not receive any money. The principle of contributory negligence used to be the standard for personal injury cases across the country. However, because of their extreme rigidity, today only five states follow these rules.

Comparative negligence laws can be complex and confusing, especially since they vary significantly from state to state. If you have been injured in an auto accident or other personal injury case, you should find an attorney in your area who is familiar with your state’s comparative negligence laws. With the help of a good attorney, you will be assigned a smaller percentage of blame and thus will be able to collect a higher percentage of the damages. Contact Younker Hyde Macfarlane, PLLC, for a case evaluation.