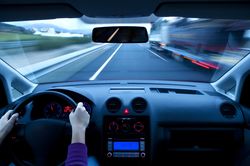 Defective vehicles pose immense dangers to drivers, passengers, and even pedestrians. While the total design of vehicles can be a source of danger, individual auto parts can pose a greater risk. Since 1996, the NHTSA has required automobile manufacturers to recall a whopping 66 million defective automotive products and 46 million tires. Although any number of automotive parts can be defectively designed or manufactured, there are five parts that frequently come under scrutiny, which the Provo personal injury attorneys of Younker Hyde Macfarlane, PLLC, review here.

Because brakes are so important, most cars actually have a backup system in case of brake failure. In addition, car manufacturers have developed advanced technology, including anti-lock brakes and dual circuit braking systems, which are far less likely to fail than traditional drum braking systems. Because of these extra safety measures, brake failure accidents are actually quite rare; only about 5 percent of all car accidents occur because of defective brakes. However, an alarming number of accidents involving trucks and large vehicles result from brake failure. According to the Department of Transportation, 29.4 percent of all truck accidents are brake-related. However, brake failure is not always the responsibility of the manufacturer; brake-related accidents can also occur because of improper loading, maintenance, and brake settings.

According to Consumer Watch, most roadside breakdowns are caused by tire failure. More alarmingly, tire failure is responsible for over 10,000 injuries and 500 deaths each year. Common defects include tread separation and tire blowout. Tread separation is a manufacturing defect that can lead to vehicle rollover. Tire blowout most often results from improper inflation. Because of this, all new cars are legally required to have low tire pressure warning lights. As with brakes, tire failure is not always the responsibility of the manufacturer; vehicle owners are responsible for monitoring tire pressure and for proper maintenance.

Seat belts are the number one auto safety device, and according to the National Safety Council, they saved more than 75,000 lives between 2004 and 2008. However, when seat belts are defectively manufactured or offer insufficient protection, even rather minor car accidents can have catastrophic consequences. One of the most common types of manufacturing defects is in the safety lock; defective seat belts can come open when a car is hit at a certain speed or angle. Defectively designed seatbelts may not offer adequate protection, especially for small children; passengers can slip through the seat belt, and in serious cases they can be projected through the front of the car.

We rely on air bags to keep us safe in an accident, but when the devices are defective, they not only fail to protect us; they can actually cause severe injuries, apart from those sustained in a crash. Common air bag defects include deploying too slowly, with too much force, or in low speed crashes in which the devices are not needed. These defects can cause a wide range of grave injuries, including head trauma, whiplash, and blindness. Unfortunately, defective airbags are far more common than we would like to think. According to the NHTSA, between 1990 and 2002 there were 238 deaths from airbags in low speed crashes.

While a defective door latch can seem like a rather minor concern, it actually poses an enormous danger to those inside a car. When a car rolls over or receives side impact, defective door latches can fly open, and passengers can often be ejected out of the vehicle. One of the most common types of door latch defects involves the remote rod, which connects the door handle and the latch. Upon impact, a defective remote rod will bend, pushing the door open.

Defective automotive products are a serious hazard to society. While car manufacturers typically face most of the responsibility for these defects, car dealerships, parts manufacturers, and middlemen may share the blame. If you have sustained a serious injury in a car accident because of improperly designed or manufactured vehicle components, you may be entitled to financial compensation. To learn more about defective products and car accident cases, contact the personal injury attorneys of Younker Hyde Macfarlane, PLLC.