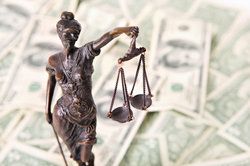 Salt Lake City, Utah - The attorneys at Younker Hyde Macfarlane, PLLC’s Medical Malpractice Law Practice Group have always been committed to representing those who have been harmed by another person or party’s negligence. In 2012 and 2013, the medical malpractice legal team at Younker Hyde Macfarlane, PLLC helped victims of medical malpractice receive more than $14 million in settlements.

By being such strong advocates for victims and their families, Younker Hyde Macfarlane, PLLC’s Medical Malpractice Law Practice Group is helping to ensure that such senseless actions do not go without consequence. By helping victims and their loved ones, the attorneys are also helping to promote reforms in the medical profession that prevent these avoidable medical mistakes.

Major Settlements for Clients and Their Loved Ones

Five of the major medical malpractice settlements from 2012 and 2013 involved amounts of $1 million or greater. The reason for these seven-figure settlements was the egregiousness of the injuries experienced by the clients.

A Key Wrongful Death Settlement Involving a Mother of Six

These issues with delayed and improper diagnosis can be quite serious, as seen above. Additional misdiagnosis and delayed diagnosis settlements from 2012 and 2013 included:

When these medical mistakes affect young patients, the results are especially tragic simply given the long road ahead that these children face as they mature and have to deal with the repercussions of poor medical care. Cases from 2012 and 2013 involving young victims included:

Compensation for Acts of Doctor and Surgeon Negligence

During 2012 and 2013, Younker Hyde Macfarlane, PLLC’s Medical Malpractice Law Group also helped clients and their loved ones with various other forms of negligence by doctors, surgeons, and medical staff. These included:

Victims of medical negligence and serious accidents are encouraged to schedule a legal consultation with Younker Hyde Macfarlane, PLLC’s Medical Malpractice Law Group. The medical malpractice legal team can be reached by phone at: