Auto Accidents and Driving Under the Influence of Drugs or Alcohol By Younker Hyde Macfarlane on August 26, 2014 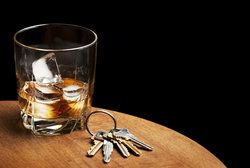 Each year in Utah, thousands of people are arrested for driving under the influence of alcohol and drugs. Sadly, many of these arrests occur only after serious car accidents, which often lead to innocent people being injured and sometimes even killed. While there is no way to make up for the pain, sorrow, and torment that result from such accidents, the personal injury attorneys of Younker Hyde Macfarlane, PLLC are able to help victims and their families obtain compensation to cover their medical costs, lost wages, and other losses and expenses.

At our law firm in Salt Lake City, auto accidents and driving under the influence have been the basis of far too many of the lawsuits we have handled. In a perfect world, we would never have to look in the eyes of heartbroken families whose lives have been turned upside down by drivers under the influence of alcohol or drugs. However, as long as we live in our imperfect world, we will continue to fight for the rights of these families and aggressively seek justice on their behalf.

The state of Utah has enacted strict DUI laws to discourage people from getting behind the wheel while under the influence of alcohol and drugs. The blood alcohol concentration (BAC) limit in the state is 0.08 percent; when drivers operate their vehicles with a BAC above that limit, they will be arrested if they are pulled over by a police officer. At minimum, their driver’s licenses will be suspended or revoked for 120 days and they will have to undergo mandatory alcohol education, assessment, and treatment. If their BAC exceeds 0.16 percent, then they are subject to even harsher penalties.

Even a single drink can impair a driver’s ability to make good judgments while driving, however. While that driver may not technically be in violation of DUI laws, the presence of alcohol in his or her blood could factor into the damages awarded to the injured victims in a civil case in the event of a car accident.

Damages awarded in DUI car accident cases vary from case to case, depending on the circumstances surrounding the accident, the severity of the injuries sustained by the victim or victims, and the amount of alcohol present in the defendant’s blood at the time of the accident. If the defendant’s BAC was particularly high, especially if it exceeded 0.16, then there is a possibility that the victim will be able to recover punitive damages - damages awarded primarily to punish the defendant for egregious wrongdoing - in addition to such common damages as those to compensate for:

If you or someone you love was harmed in a car accident caused by someone under the influence of drugs or alcohol, please contact Younker Hyde Macfarlane, PLLC to arrange for an evaluation of your case.