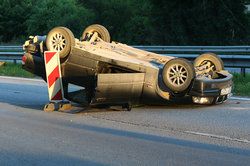 The legal team here at Younker Hyde Macfarlane, PLLC in Salt Lake City takes all cases very seriously. We know that serious injuries have major consequences, ones that may even last a lifetime. This is particularly true with regard to traumatic brain injury (TBI), which can lead to physical impairment and mental health issues. Our legal team would like to focus on the nature of TBIs as well as their causes so you understand why these sorts of injuries have to be taken seriously and why negligent parties should be held responsible for them.

Traumatic brain injury (TBI) refers to cases of severe head trauma resulting in permanent and significant damage to a person's brain. A TBI can lead to a number of mental and physical problems, including issues with memory and cognition as well as problems with motor skills and vision. TBI is one of the major causes of death and disability in the world.

Signs and Symptoms of TBI

Some signs and symptoms of a traumatic brain injury include the following:

If you notice any of the above in yourself or a loved one, be sure to seek medical attention right away. Below are some matters to consider with regard to the causes of TBIs.

We've been hearing about major brain injuries to players in the National Football League (NFL) for the last few years, and it should be no surprise that the repeated blows to the head that players sustained have major consequences. Any participant in contact sports or combat sports (e.g., boxing, mixed martial arts) runs the risk of sustaining a traumatic brain injury, if not multiple brain injuries over the course of a career.

If you are attacked or assaulted and sustain blows to the face or head, there is the chance that you have suffered a TBI. This will depend on the nature of the attack and the severity of the blows to the face and head.

Another major source of TBIs over the last few years has been military combat. Many of our veterans have returned home having sustained major brain damage and head injury as well as other major wounds of war. These injuries have lasting effects on their lives, their livelihoods, and their loved ones.

Open and Closed Head Injuries Can Lead to TBI

Speak with Our Personal Injury Attorneys

If you or someone that you love has suffered a severe head injury and may have sustained serious brain damage, it's important that you contact our personal injury lawyers today and discuss your legal options. The team at Younker Hyde Macfarlane, PLLC will guide you through the nuances of the legal system and help you obtain just compensation.